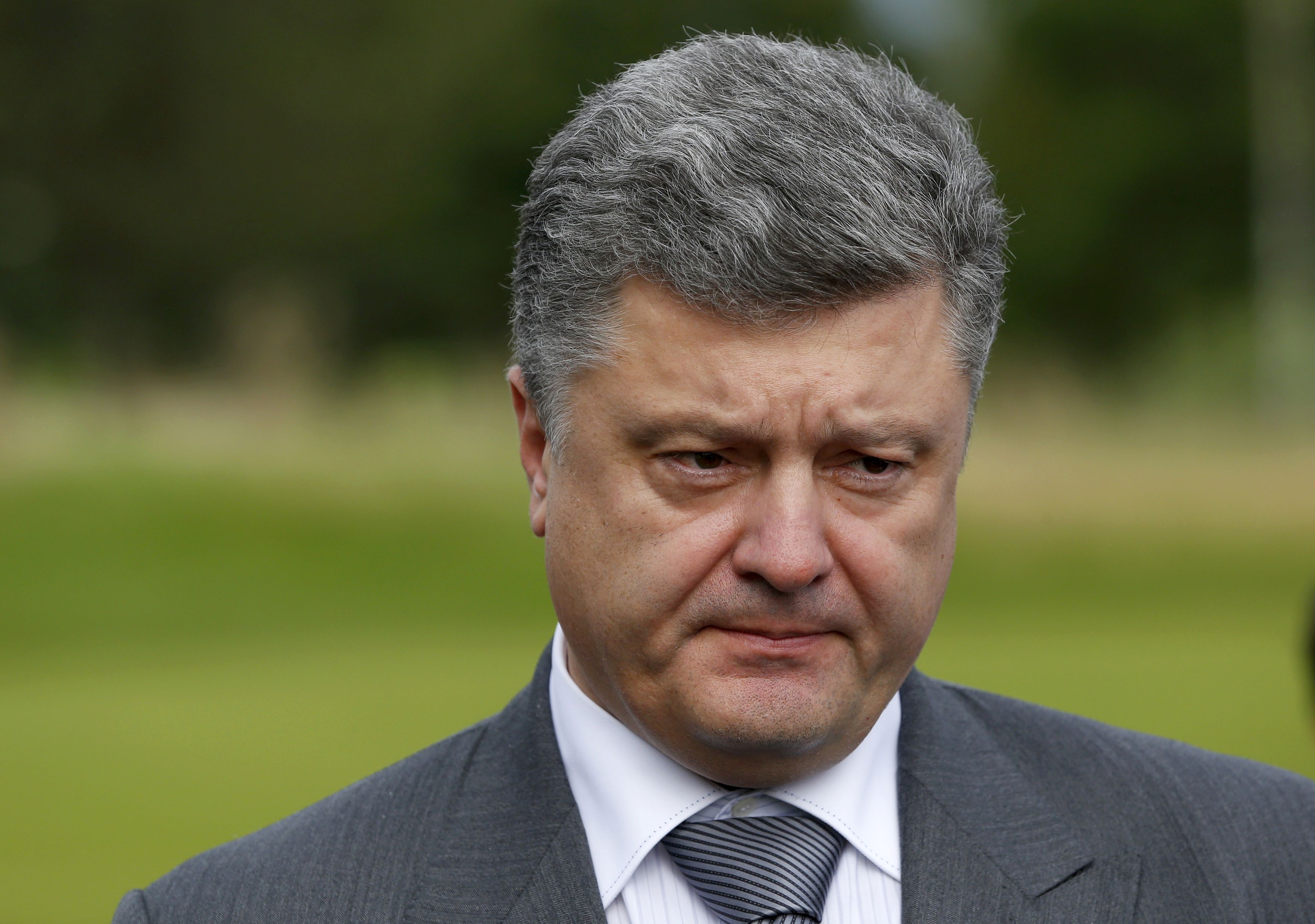 Ukraine’s President Petro Poroshenko speaks to the media on the second and final day of the NATO summit at the Celtic Manor resort, near Newport, in Wales September 5, 2014. Poroshenko confirmed on his Twitter account that envoys meeting in Minsk to end fighting between Kiev’s forces and pro-Russian separatists had signed a ceasefire agreement that would come into effect later on Friday. REUTERS/Yves Herman (BRITAIN — Tags: MILITARY POLITICS)