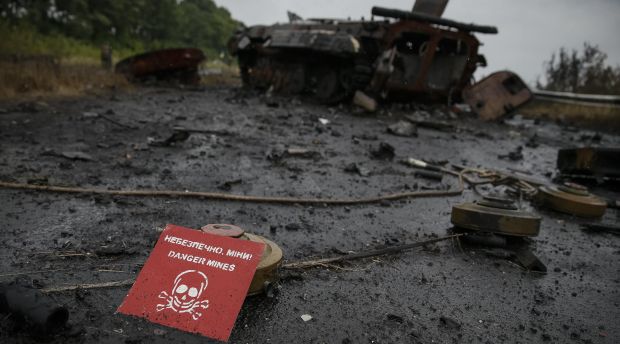 Ammunition and landmines lie near a destroyed military vehicle of pro-Russian separatists just outside the eastern Ukrainian town of Slaviansk July 7, 2014. Pro-Russian rebels erected new barricades on the streets of Donetsk on Monday, preparing to make a stand in the city of a million people after losing their bastion in the town of Slaviansk in the worst defeat of their three-month uprising. REUTERS/Gleb Garanich (UKRAINE — Tags: POLITICS CIVIL UNREST MILITARY TPX IMAGES OF THE DAY)